The Court Room at Trinity House has the character of a saloon in a great country house with tall south-facing sash windows providing a view of The Tower of London over Trinity Square Gardens.

There is a deep cove to the ceiling originally painted with a central allegorical scene and trompe l’oeil panels by J F Rigaud. These were restored in 1840 by a then little known artist, William Holman Hunt, who later became a famous Pre-Raphaelite artist. 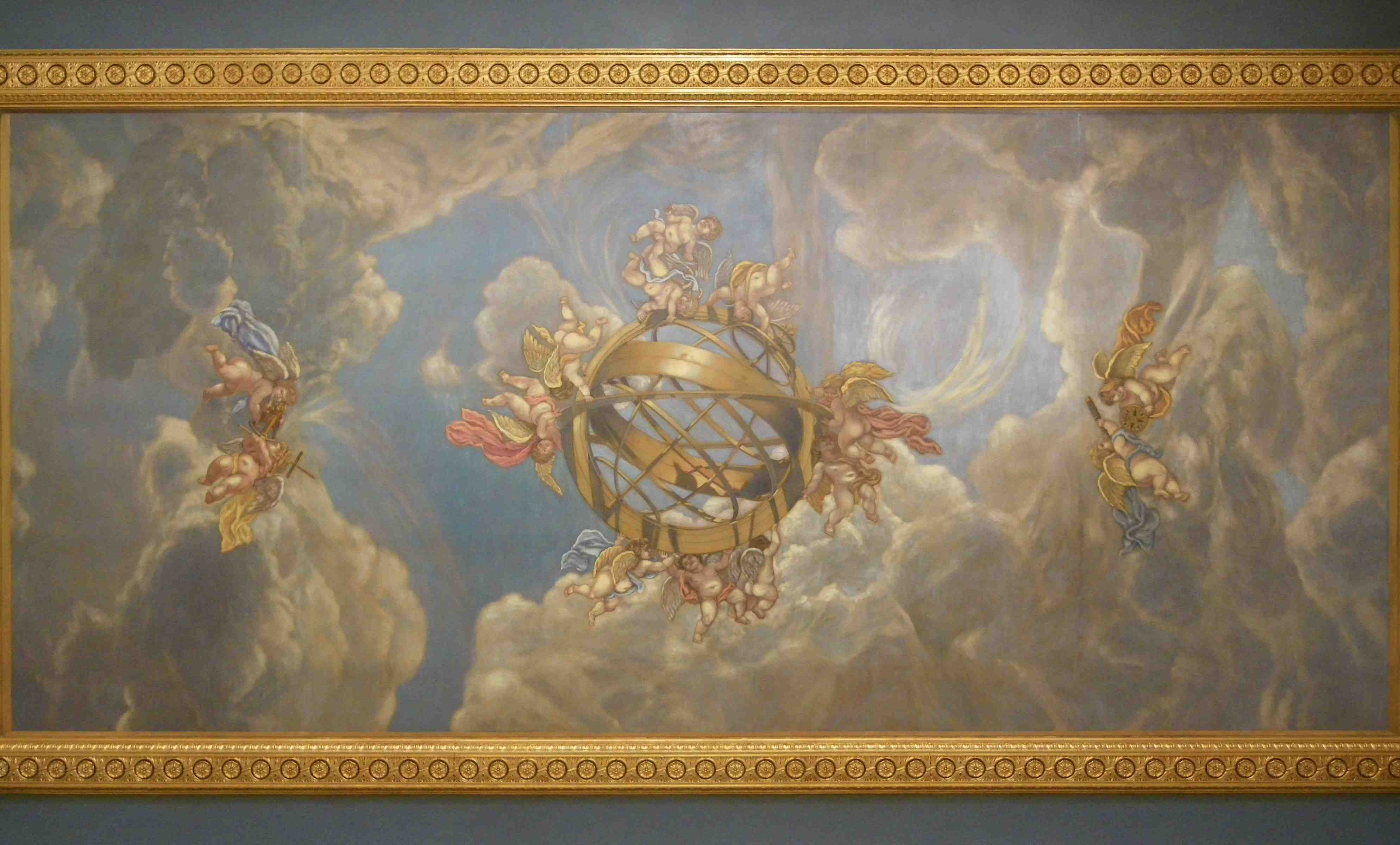 The carpet is the second largest single-loom carpet in the British Isles - the largest being in Windsor Castle - and depicts the Arms of the Corporation of Trinity House granted by a Charter of Elizabeth I in 1573. Six full length portraits hang on the walls; amongst them are paintings by Gainsborough Dupont of George III and Queen Charlotte which were commissioned to commemorate the building of the original house (opened by George III in 1796). 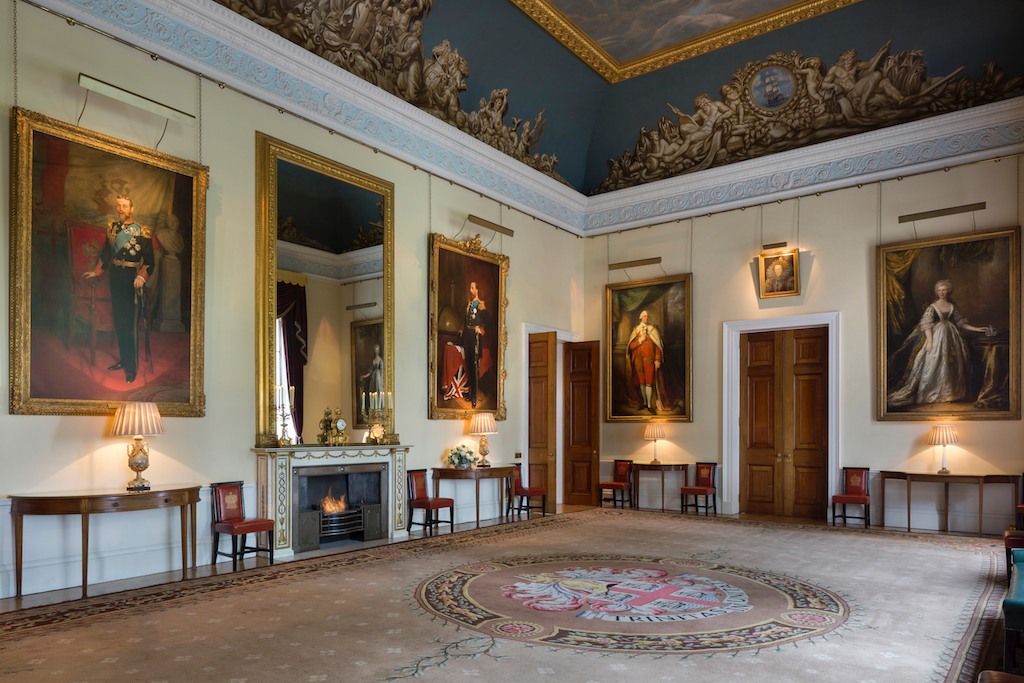 Other portraits are of William IV and Queen Adelaide by Beechey, Edward VII by Frank Holl and George V by the Honorable John Collier. Above the door to the west is a copy of Holbein’s portrait of Henry VIII, who first incorporated Trinity House by Royal Charter in 1514. 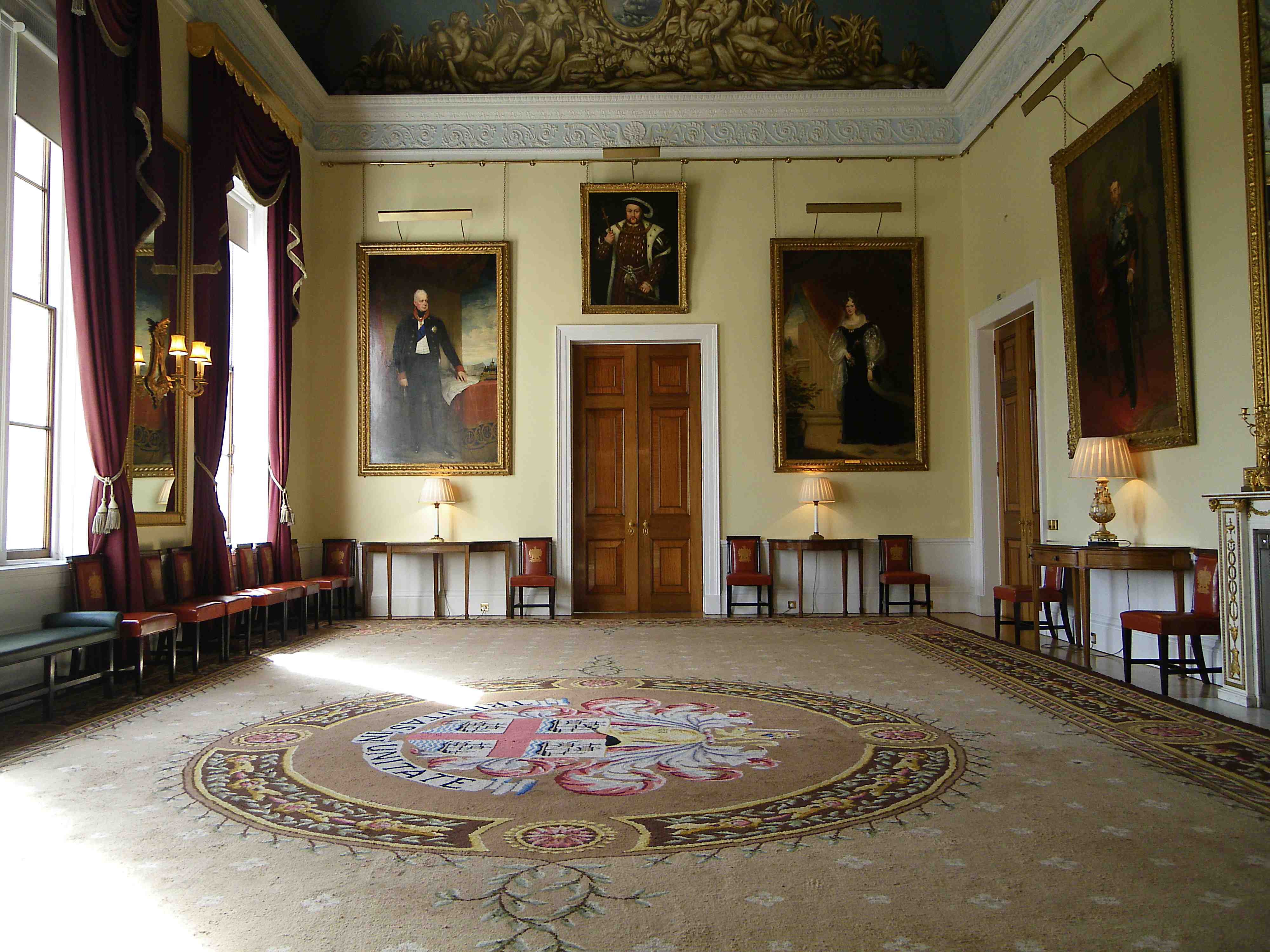 Referencing current government guidelines, The Court Room at Trinity House welcomes bookings for conferences and seated meals for a maximum capacity of 24 – the latter on tables seating up six guests per table and allowing for a two-metre social distance. 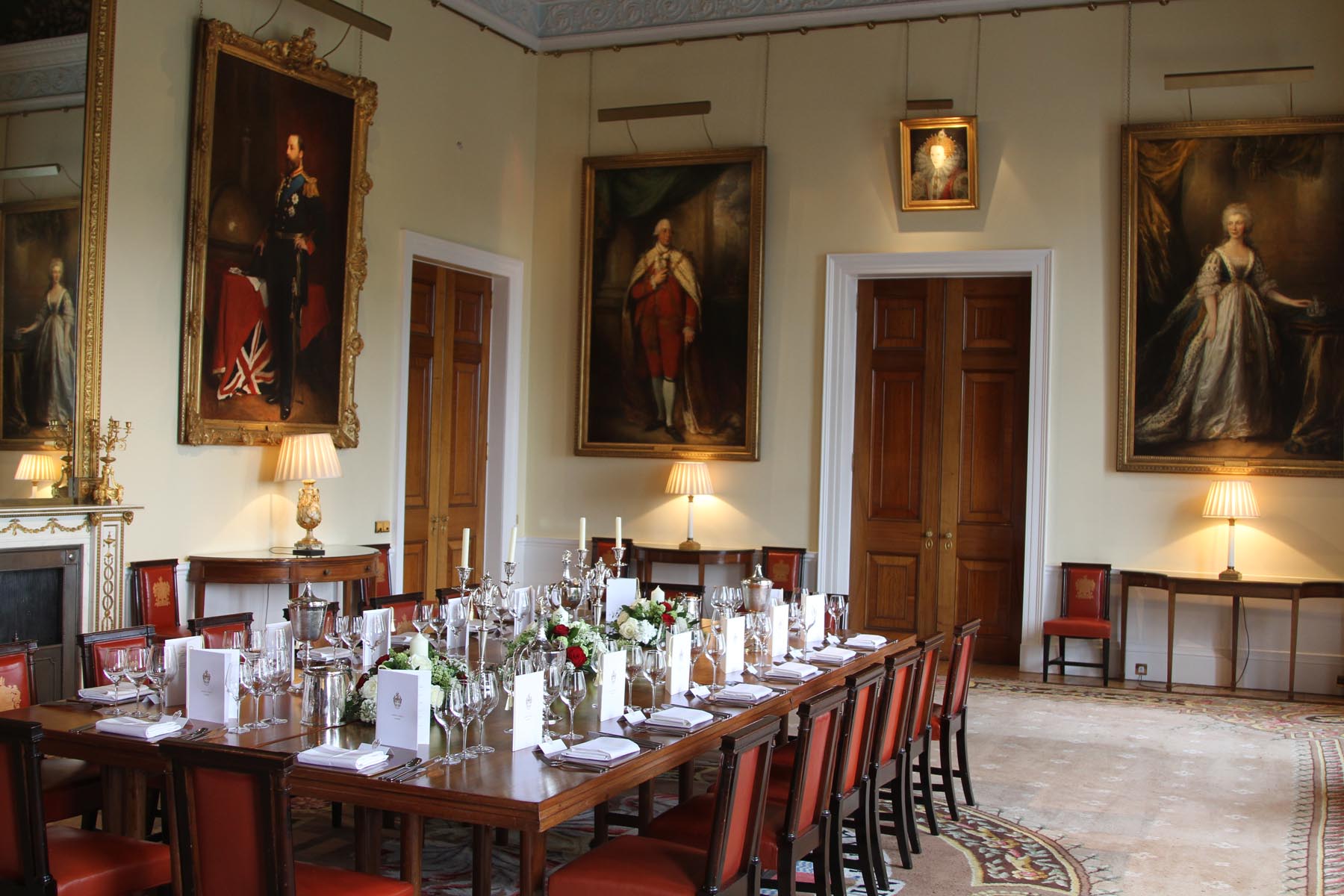 For information on hosting your event at The Court Room, Trinity House please contact the events team: venue.enquiries@trinityhouse.co.uk