The immediate focal point at the heart of the British Library is our breathtakingly beautiful King’s Library Tower which houses the books collected by King George III (reigned 1760-1820).  Made of gleaming glass and bronze, with shelves full of leather and vellum bindings, it has been described as the ‘precious casket’ holding the British Library’s ‘Jewel in the Crown’. 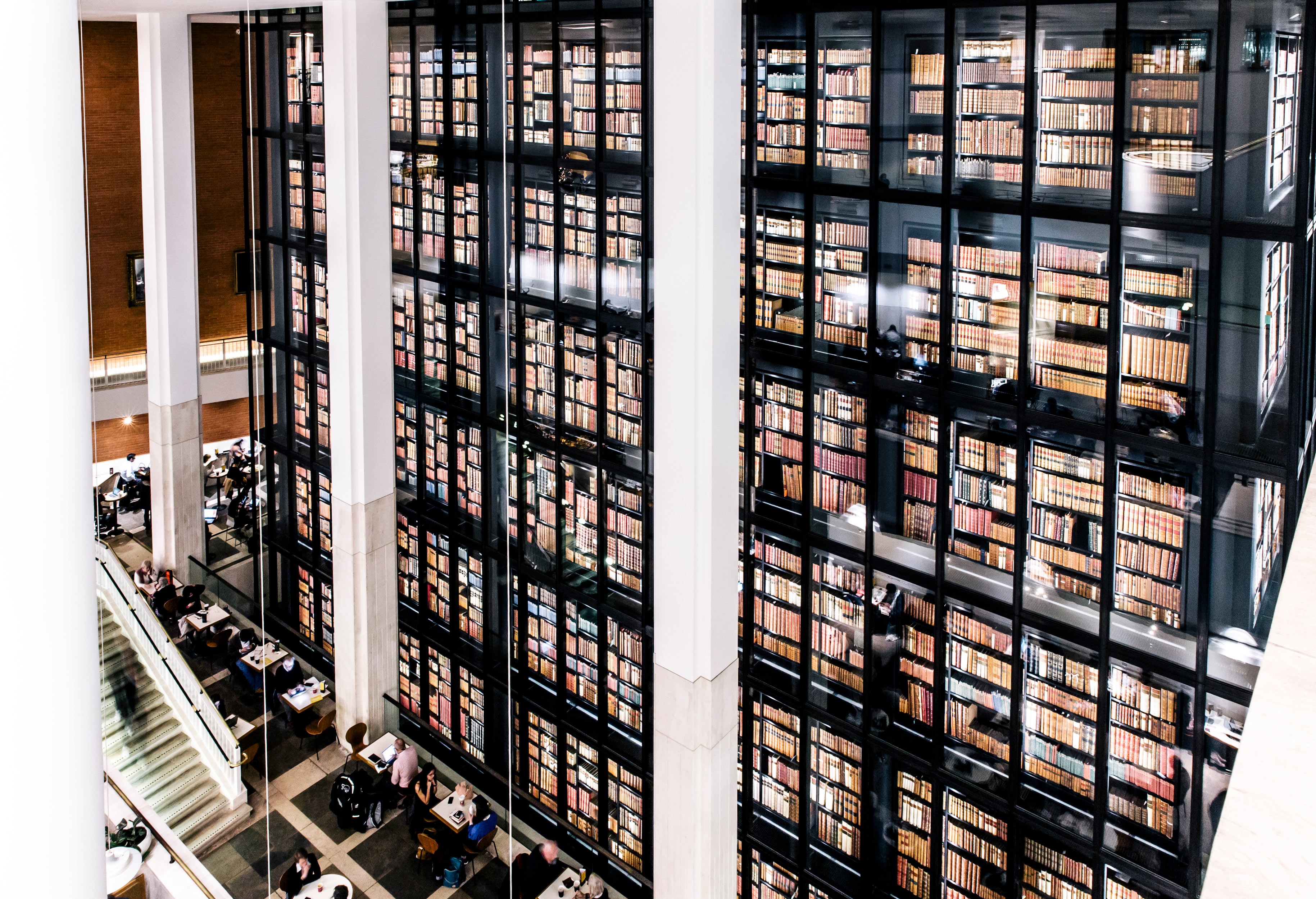 King George IV insisted that this father’s collection should be displayed ‘entire and separate from the rest of the Library.  This presented architect Sir Colin St. John Wilson with an exciting opportunity to show off the riches of the Library. 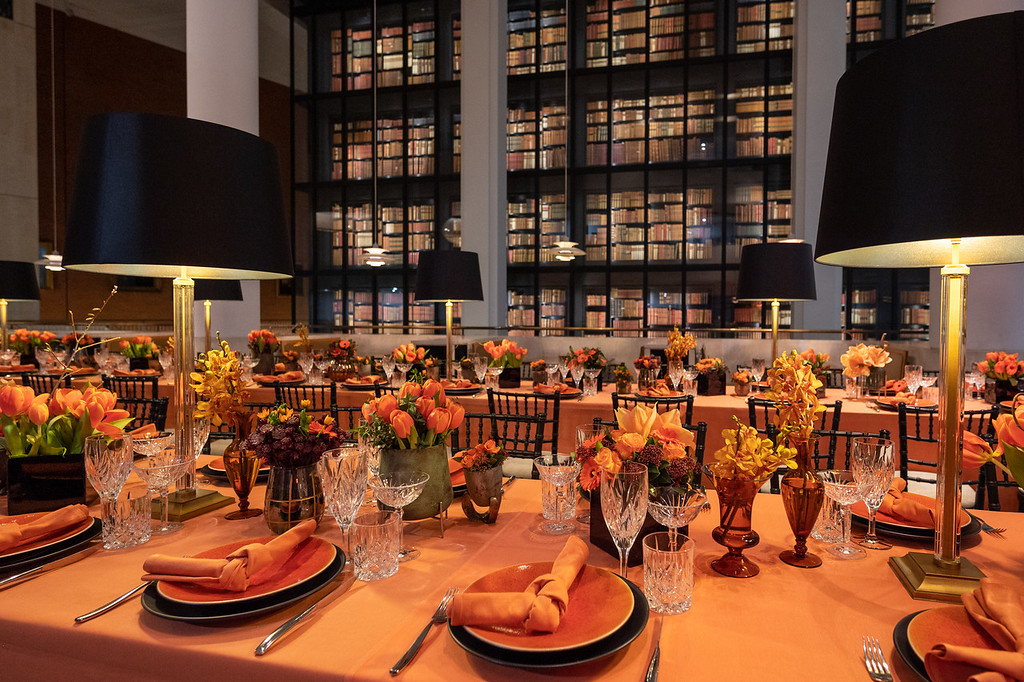 With millions of treasures stored within the six-story ‘tower of knowledge’ it is considered one of the most significant collections; including copies of the Gutenberg Bible and William Caxton’s first edition of Chaucer’s Canterbury Tales. A stunning backdrop for formal dinners and receptions The King’s Library Gallery is an elegant and truly unique venue space for both private and corporate events, 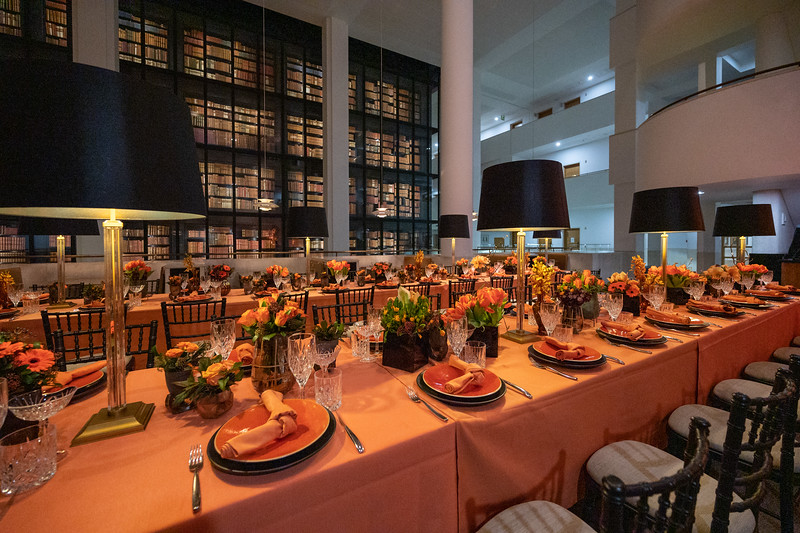 The King’s Library has had various homes during its existence.  During George III’s lifetime it was kept first at the Old Palace at Kew and then where Buckingham Palace now stands.  After his death the collection was moved from its temporary home in Kensington Palace to the British Museum.  This would be its home for the next 170 years, only being disturbed on 23 September 1940 by a Second World War bomb which destroyed over 400 volumes.  In 1998 the collection was transferred to its present home in the British Library. 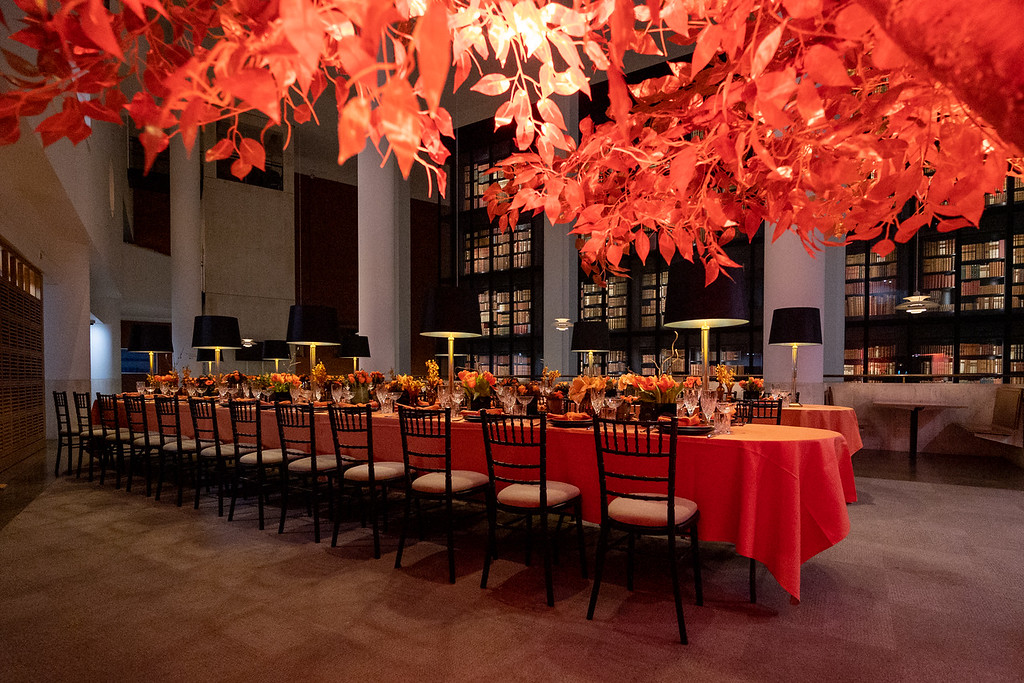 A stunning backdrop for formal dinners and chic drink receptions The King’s Library Gallery is an elegant and truly unique venue space for both private and corporate events.

For more information about hosting your event in our King’s Library Gallery please contact the events team: CentralEventsTeam@bl.uk