To facilitate their client BDO’s first ever fully virtual global conference, creative consultancy Fusion Comms produced a ground-breaking new digital delivery format. The BDO RETHINK Festival, which is traditionally held as a bi-annual face-to-face leadership event, was instead broadcast to a global audience on Monday 2 November and Wednesday 4 November 2020. As a renowned leader in pioneering xR innovation solutions, Fusion Comms partnered with White Light(WL) to create a game-changing virtual world for the event, within its SmartStage broadcast facility at London’s Science Museum. 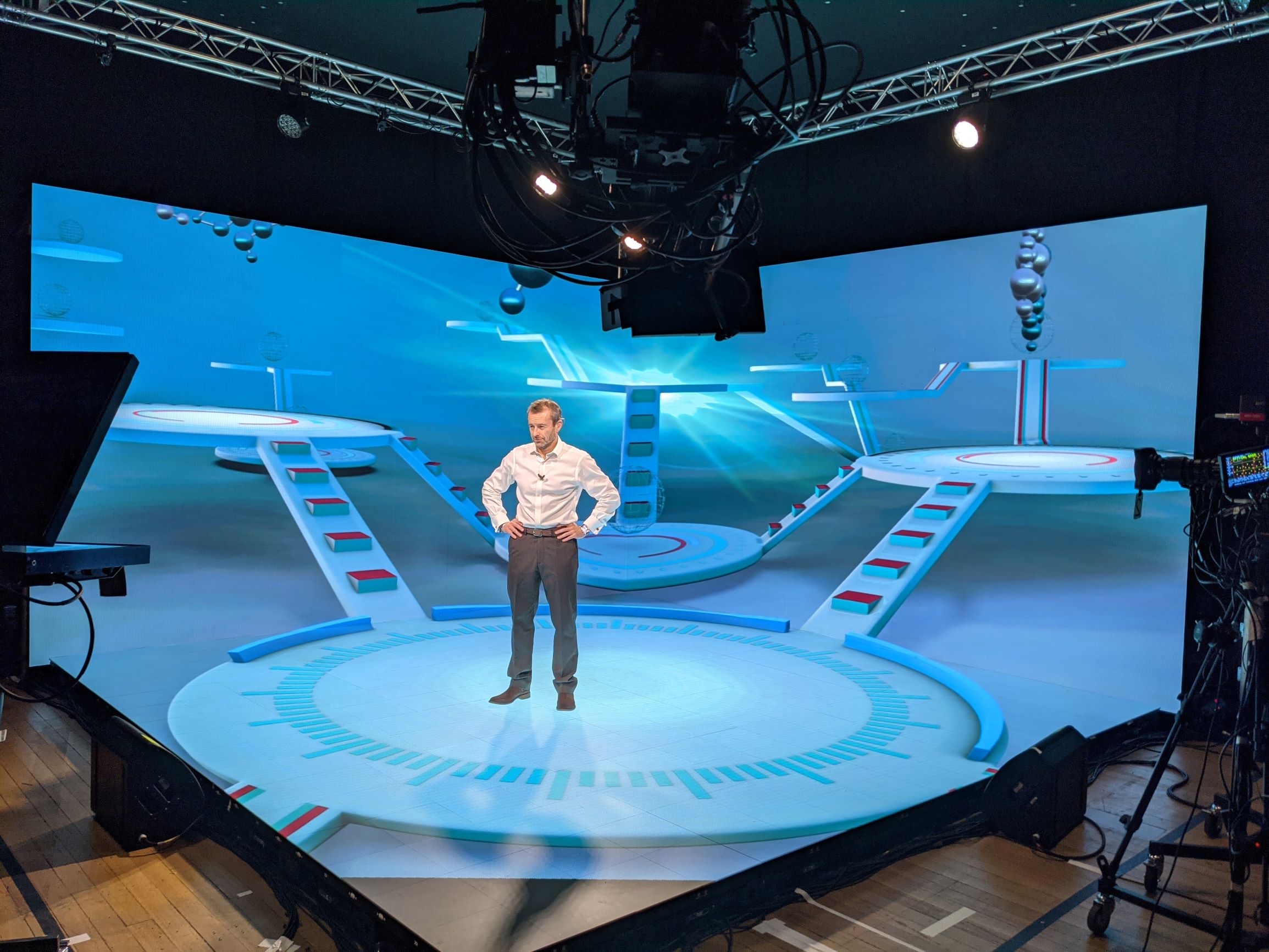 WL collaborated with Fusion Comms and their digital creators MalfMedia to design a flexible xR solution to facilitate three festival broadcasts to BDO’s Managing Partners from across the world. The visual identity for the xR world was conceptualised around the RETHINK Festival’s existing logo and branding.

An entire virtual infrastructure of festival stages was built with the use of digital assets created in a Media Server system that for the first time incorporated teleportation, remote callers, in studio presenters and XR and AR graphics. 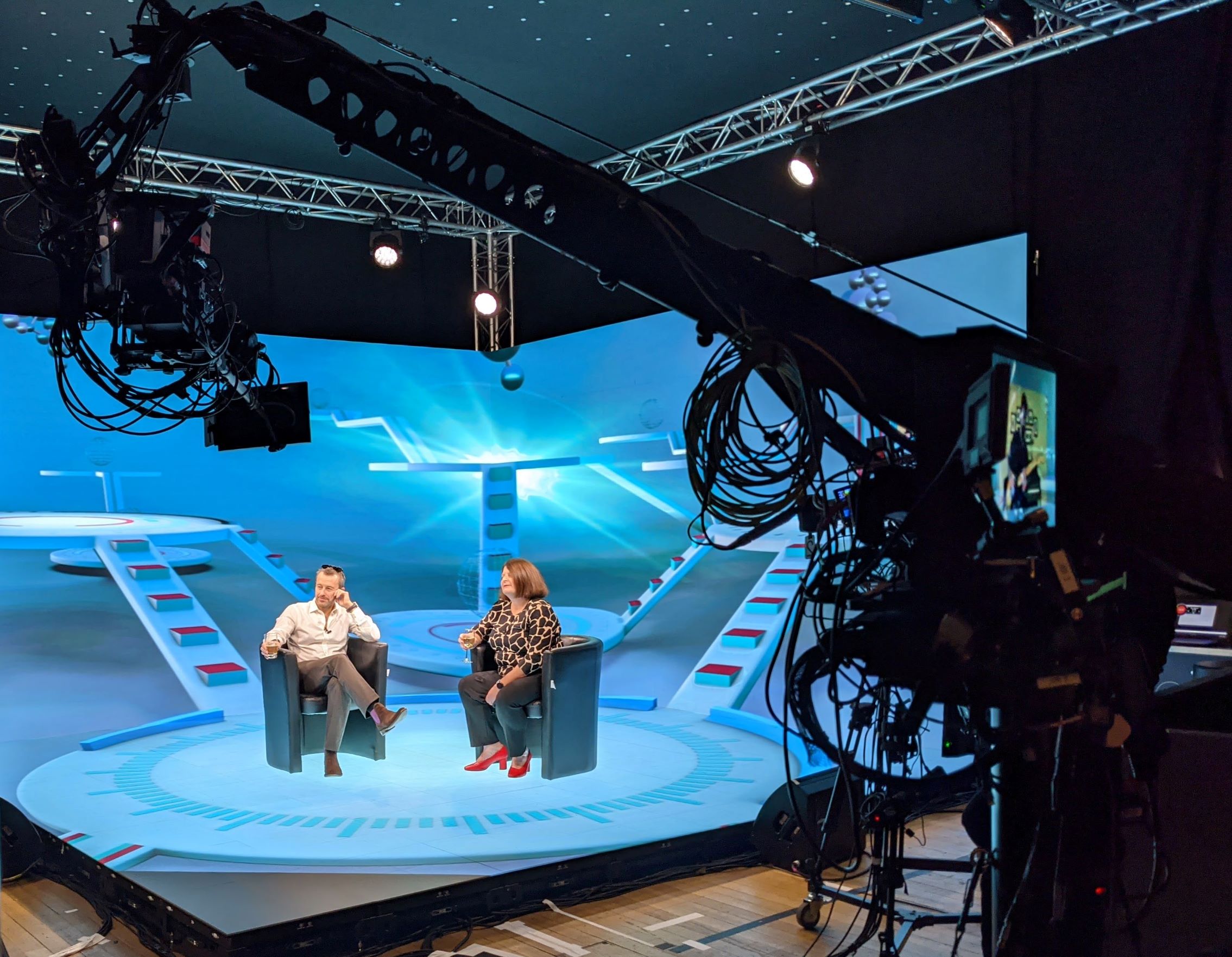 The use of Augmented Reality enabled multiple cameras to track the presenter, whilst the AR festival environment worked in sync with the cameras so the presenters could ‘walk’ from one stage to another. 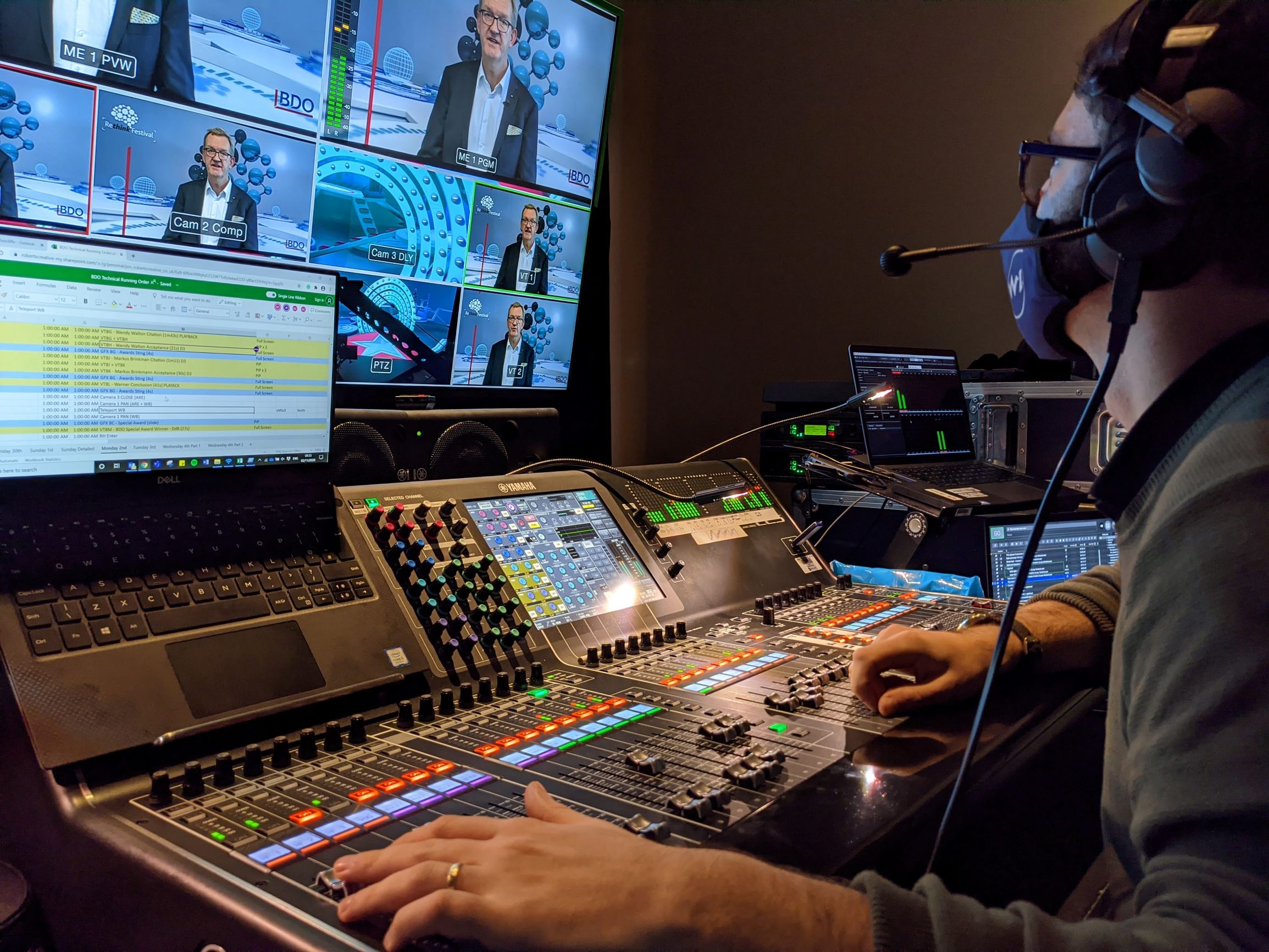 Delivery of the plenary sessions included the live, full-body teleportation of five presenters directly into the xR environment. Three presenters were transported from studios in Canada Washington DC and Israel, with two more from their homes in Scandinavia.

The whole conference was streamed to a worldwide audience of over 2,500 delegates via BDO’s online platform partner, Q Creative.

Jonjo Glynn, WL’s Venues Director, explains: “The BDO RETHINK Festival was one of the most technically advanced virtual events we have ever delivered. We upgraded the technical specification from the standard set-up within our 5m x 3m SmartStage studio at the Science Museum, to enable high-res dial-in participation. We also utilised a Jib camera for increased flexibility and fluidity of movement, as well as providing on camera auto cues.”

Kelvyn Jones, Director at Fusion Comms adds: “Working with WL to harness the potential of this technology and the mind-blowing capabilities of xR, enabled us to create something truly game-changing for our client. During these restricted times that we all find ourselves in, this was no small feat and has re-defined the reality for virtual events as we know it.”