Sternberg Clarke were delighted to hold an entertainment showcase last month, returning to the venue for another evening of cabaret that promised poetry, comedy, dance and music for all.

Back in March, the company hosted an hour of entertainment that included the likes of Britain’s Got Talent star Ben Langley, top singing quartet Jack Pack and all-female strolling acoustic trio She Wants To Move. June’s showcase was set to build on these offerings with yet more high quality offerings for any occasion and certainly delivered! 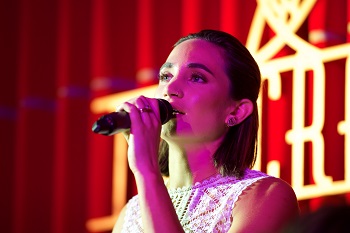 Hosting the event was top drag performer Velma Celli, who was only too happy to present both all-female string trio Trinity as guests arrived and Judge the Poet, a performer who is renowned for his ability to take suggested words from an audience and include them in an off the cuff poem that manages to both rhyme and make sense. 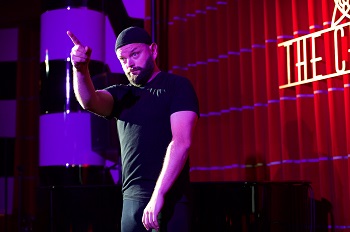 Velma Celli then returned to the stage to offer up an excellent performance of her own at the halfway stage as she impersonated numerous chart-topping divas before making way for noted comedy dance perform David Armand as Johann Lippowitz, a mime artist that acts song lyrics literally to hilarious effect.

The final act of the evening was the hugely talented and famous Laura Wright, a soprano who can sing both pop and opera and has sang for the Queen alongside a number of appearances at sporting events including the FA Cup Final and the Rugby World Cup opening ceremony. 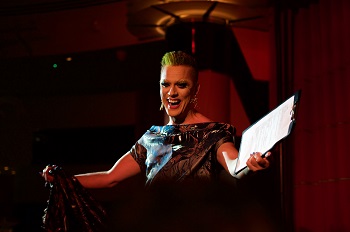