The Royal Museums Greenwich, in collaboration with the National Portrait Gallery, London, has opened Tudors to Windsors: British Royal Portraits at the National Maritime Museum, a major art exhibition exploring the changing nature of the British monarchy and royal portraiture over 500 years. 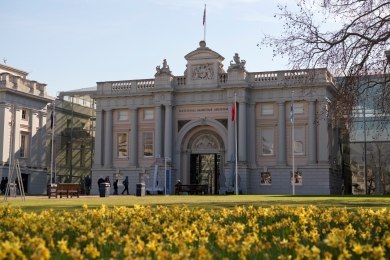 Tudors to Windsors features over 150 works, including famous paintings, miniatures, sculpture, photographs, medals and stamps spanning five royal dynasties: Tudors, Stuarts, Georgians, Victorians and Windsors. Visitors come face-to-face with the kings, queens, heirs, consorts and favourites who have shaped British royal history and portraits by some of the most important artists to have worked in Britain, often under the direct patronage of the Royal Family, from Sir Peter Lely and Sir Godfrey Kneller to Andy Warhol, Cecil Beaton and Annie Leibovitz.

The majority of the artworks are drawn from the outstanding collection of the National Portrait Gallery. The loans are on display alongside works from private lenders and pieces from the National Maritime Museum’s own renowned collection.

Beginning with the famous and infamous kings and queens of the Tudor dynasty, a period that coincides with the foundations of portrait painting in England, the exhibition explores the development of the royal portrait as statements of wealth, power, continuity and tradition and how this was impacted by both the personalities of individual monarchs and wider historical change.

Highlights on display include the earliest known portrait of Henry VII – the oldest artwork in the exhibition – painted in 1505 by an unknown artist, as well as the famous ‘Ditchley Portrait’ of Elizabeth I by Flemish artist Marcus Gheeraerts the Younger. Regal portraits of Charles II and his mistresses will feature alongside early 19th century domestic photographs of Queen Victoria and her family. A selection of paintings and photographs of Queen Elizabeth II by Cecil Beaton and Annie Leibovitz are displayed, alongside portraits of other members of the current Royal Family. 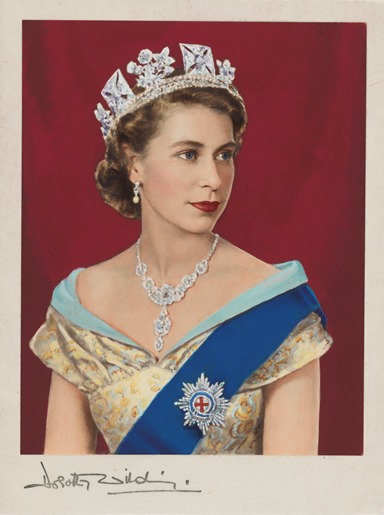 The exhibition takes place in the historic setting of Greenwich, one of London’s key royal sites as the location of the principal Tudor palace, the birthplace of Henry VIII and Elizabeth I, the home of the Royal Armouries and the location of the Queen’s House, commissioned by James I’s consort Anne of Denmark, and the Royal Observatory founded by Charles II.

Tudors to Windsors: British Royal Portraits is on at the National Maritime Museum until 31st October 2021. For more information, or to buy tickets, visit www.rmg.co.uk/TudorsWindsors

The exhibition will be accompanied by an illustrated catalogue which introduces each of the five dynasties, alongside special features on topics such as Royalty and Celebrity, Female Power and Royal Weddings, and an essay by Sir David Cannadine.

Tudors to Windsors is part of the National Portrait Gallery’s ambitious programme of activities to share its unique Collection of portraits with the nation, while the Gallery is temporarily closed until spring 2023 to allow essential works to take place on Inspiring People, the biggest ever development since the building in St Martin’s Place opened in 1896. Designed by Jamie Fobert Architects and supported by the National Lottery Heritage Fund, the transformational project comprises a comprehensive re-display of the Collection from the Tudors to now, combined with a significant refurbishment of the building, the creation of a new public spaces, a more welcoming visitor entrance and public forecourt, and a new state of the art Learning Centre.