White Light (WL) and Gasoline Productions are proud to announce the recent launch of Brave New World Comedy; an online pilot which uses the very latest broadcast technology in order to deliver a range of virtual stand up performances which bring together audiences with some of the UK’s funniest circuit comedians.

With most comedy clubs and venues temporarily closed across the UK, a void has been created for those usually present both on and off stage. Over the past few weeks, we have seen many comedians try to connect with their audiences through webcasts, live streams or social media, and whilst these do provide some level of communication, they are missing the vital ingredient that fuels any live performance – audience interaction. 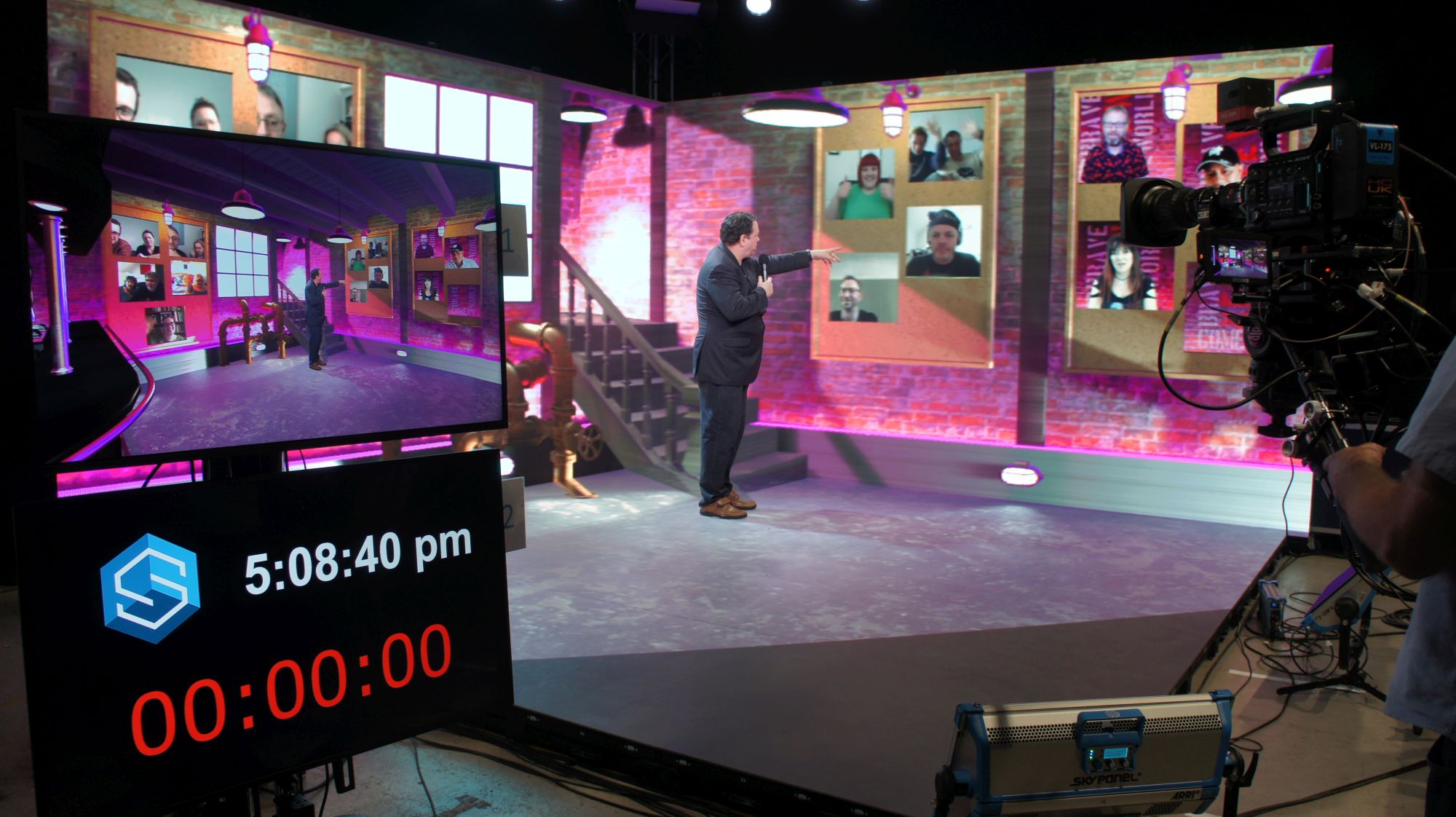 By combining the technical wizardry of WL’s state-of-the-art SmartStage and Gasoline Productions’ experience of producing hilarious comedy evenings, Brave New World Comedy offers a refreshing, interactive way of bringing a comedy club directly into the homes of its audiences.

“We’re using SmartStage as it’s an immersive video environment, which replaces the traditional green screen element of a virtual studio and allows both the comedians and audience to see and interact with the content around them,”explains Lee Dennison, WL’s Head of Business Development. “As such, we are able to authentically recreate live comedy gigs by allowing both audiences and those on stage to feed off one another and interact in real-time. This allows everyone to become fully immersed in the event and makes it feel as if they are actually in a club together”.

Brave New World Comedy was filmed at WL’s London base where the SmartStage technology is situated. The set-up is incredibly easy-to-use, requires minimal crew and is cleaned thoroughly and re-set prior to each use; ensuring the complete safety of artists and staff.

Lee adds: “What’s great about Brave New World Comedy is that it brings people together and offers a natural way for them all to re-engage in a world that feels quite unnatural at the moment. Similarly, it’s also allowing a lot of the amazing circuit comedians who are not yet household names to be seen by a wider public and have their work engaged with on a much bigger scale”.

Following on from what was an extremely well-received pilot, both WL and Gasoline are in discussions with various broadcasters as to how they can emulate Brand New World Comedy’s success.

“With so many people now spending the majority of their time indoors, there’s a bigger demand than ever for home entertainment,” explains Gasoline Productions’ Jamie Gosney. “Yet with so many restrictions in place preventing the production of new content, broadcasters are having to look for new and inventive ways to deliver their shows. This is exactly what we’ve been able to do with Brave New World Comedy; create original, engaging content with minimal crew and resources. It’s a truly impressive and innovative venture and we’re really excited about where we can take it next”.

If you would like to learn more about Brave New World Comedy, SmartStage or how both WL and Gasoline can help deliver your production, then please contact the team today.