Young Guns were delighted to be a part of this year’s Wimbledon Champions Dinner at Guildhall. Working closely on the Sprout event production in providing entertainment for the evening, they invited renowned operatic group Vox Fortura to perform for the World’s sporting elite. The 2016 Britain’s Got Talent stars suitably performed their own dramatic arrangement of Bowie’s ‘Heroes’ amidst celebrations on a great day for British sporting events - Novak Djokovic's thrilling triumph after the longest ever Wimbledon final happened to coincide with Lewis Hamilton’s win at Silverstone, and England taking the Cricket World Cup.

Young Guns Director Dominic Lyon commented, “We love working with Sprout who provide exceptional events and what better setting than Guildhall to celebrate, through opera, such an iconic brand as Wimbledon?” 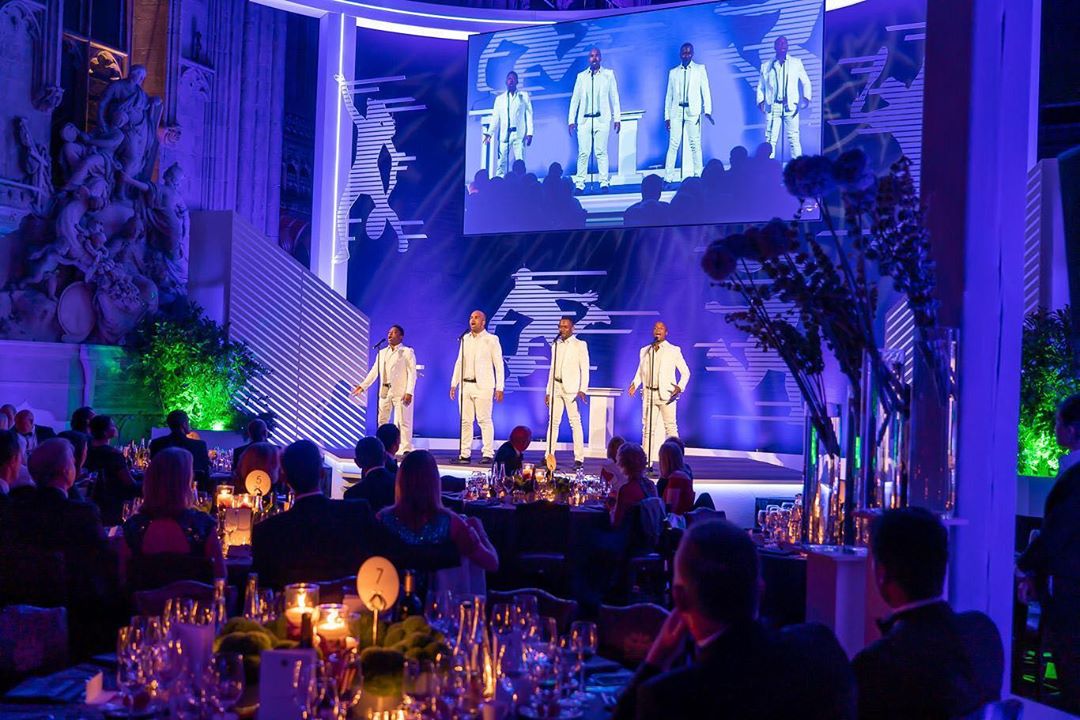 Young Guns are a creative-led experiential event production agency that helps artists connect, engage and evolve. Established in 2005, the company was born out of a desire for two brothers to provide management and performance opportunities for young talented musicians who were underrepresented by larger music agencies due to age and/or experience. As the client base and demand grew, so did the artist roster to reflect the needs of high-profile clients and to enable them to present new entertainment concepts.

Over the years, the company has forged a reputation for faultless service and exceptional quality, providing a personalised 360° service. Ultimately passionate about delivering the unimaginable, Young Guns continue to deliver outstanding live entertainment experiences worldwide.

The growth of the Young Guns’ client portfolio was affirmed when they became a preferred supplier at an increased number of venues across London. This included key Unique Venues of London members venues: Kensington Palace, Kew Gardens, Hampton Court Palace, Tate Modern, Tate Britain, and Westminster Abbey to name a few.