Unique venues are perfect for events of all sizes, and there is no better place to hold a grand banquet than a historic hall or vast villa.

Whatever the cause for celebration, a large dinner party will certainly flourish with the ample space and captivating décor that many of London’s distinctive locations offer.

For those who wish to host a banquet that rivals those of Medieval and Tudor England, look no further than the following five venues that will transport guests to the opulent days of old and impress for years to come: 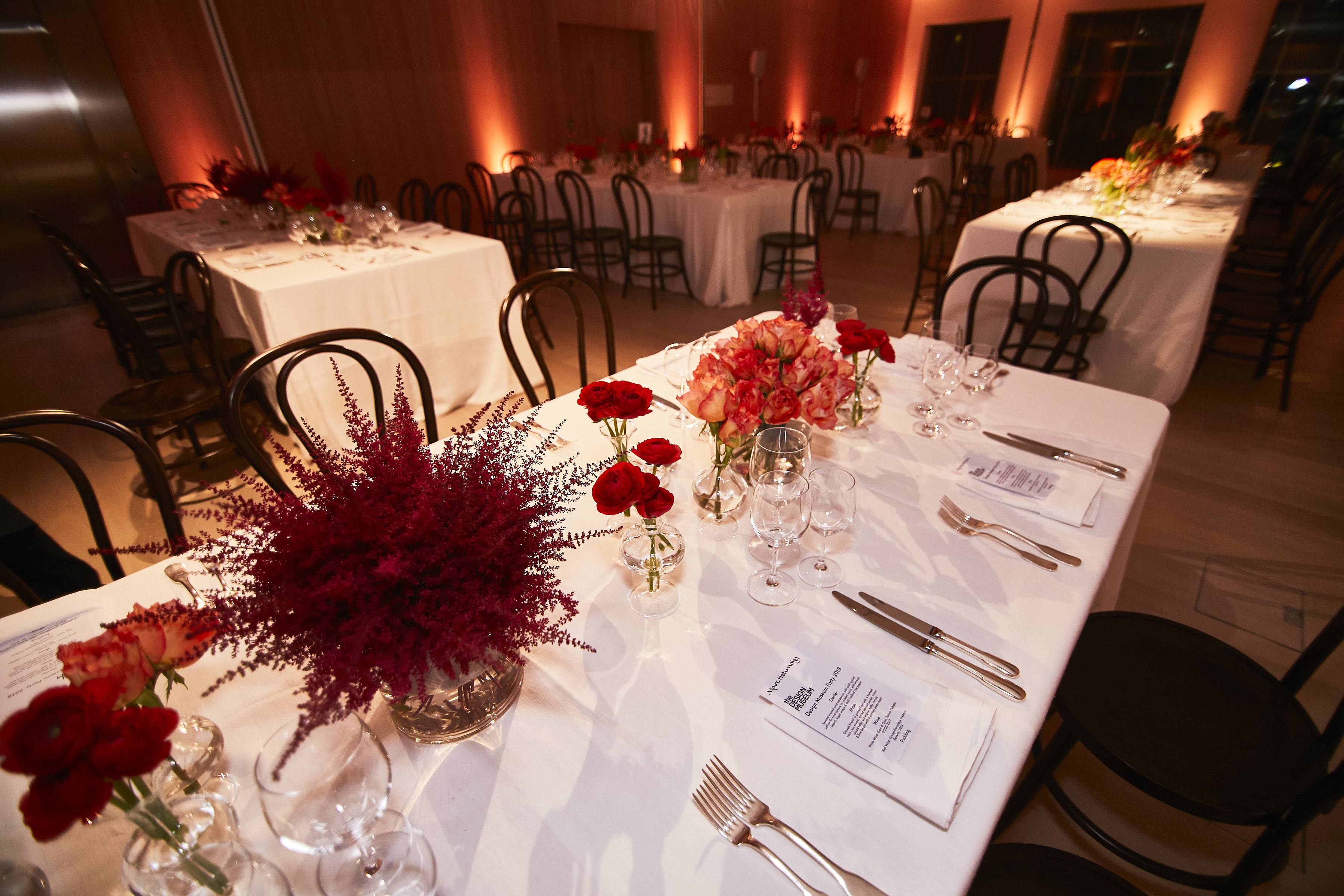 Located on Kensington High Street and facing Holland Park, the Design Museum can accommodate up to 200 for seated dinners.

The atrium and Helene and Johannes Huth Gallery are contemporary, creative spaces that offer a range of imaginative options for a grand banquet.

The atrium is a dramatic, triple height space with stunning views of the iconic roof and surrounding architecture, while the Helene and Johannes Huth Gallery’s floor-to-ceiling windows offer a view of the park and natural sunlight.

With the opening of Stanley Kubrick: The Exhibition later this month, event organisers can take inspiration from Kubrick’s iconic body of work to create an immersive round-table experience in homage to Dr Strangelove. 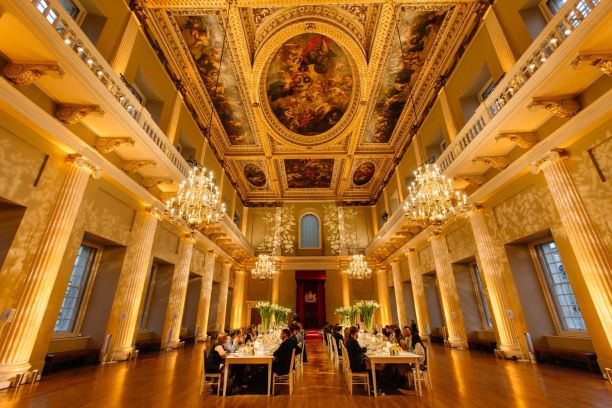 Banqueting House is the only remaining component of the Palace of Whitehall, which began as the medieval London home of the Archbishops of York, and continued as the residence of English monarchs from the mid-16th century to the late 17th century.

The revolutionary building, which is adorned with spectacular paintings and is also the site of the execution of King Charles, has two spaces for corporate and private evening entertaining.

The Main Hall, which is topped by the magnificent Peter Paul Ruben ceiling, seats 380 for dinner or 500 for a drinks reception. The atmospheric, vaulted Undercroft, which was designed as a drinking den for James I and his friends, serves as a space for pre-dinner drinks or more contemporary gatherings. 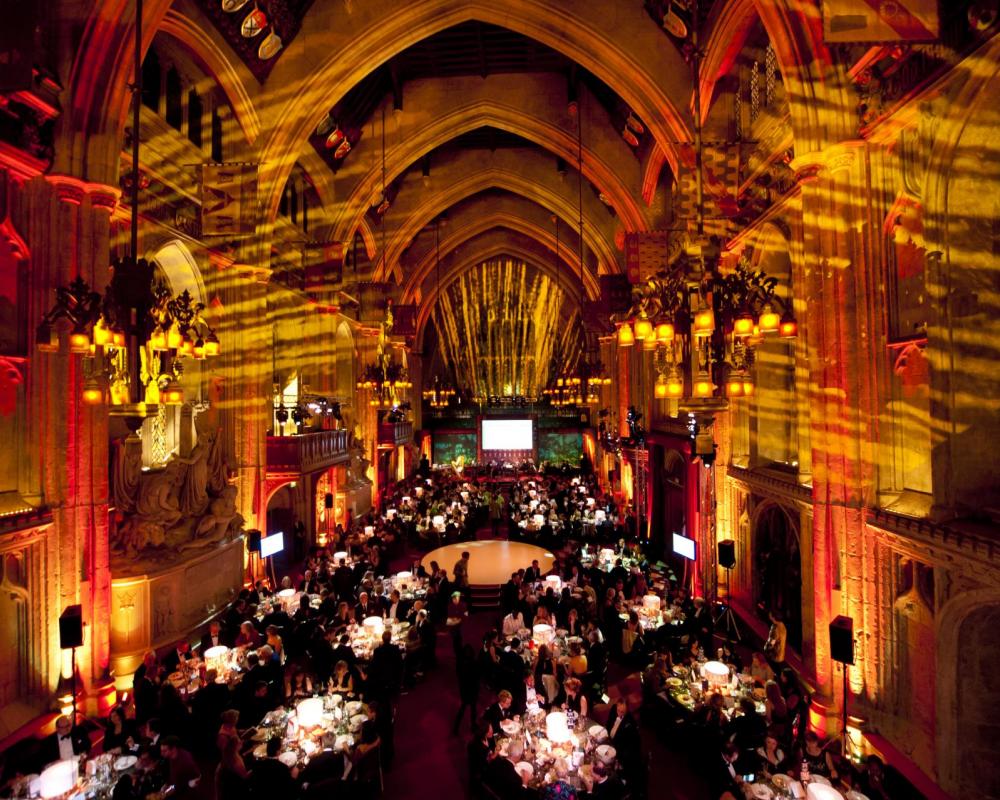 Home to the City of London Corporation for more than 800 years, Guildhall offers a stunning setting for banquets. The striking Grade I-listed landmark comprises nine spaces, seven of which can be used for dinners.

Guildhall’s largest space is the Great Hall, dubbed the “medieval jewel in Guildhall’s crown”. Able to seat 704 for dinner, it has been the room of choice for the annual Lord Mayor’s Banquet since 1502. The space is highlighted by a soaring, high-arched ceiling and 5ft thick walls, with natural light that floods in at either end through two mammoth-sized Gothic stained-glass windows. 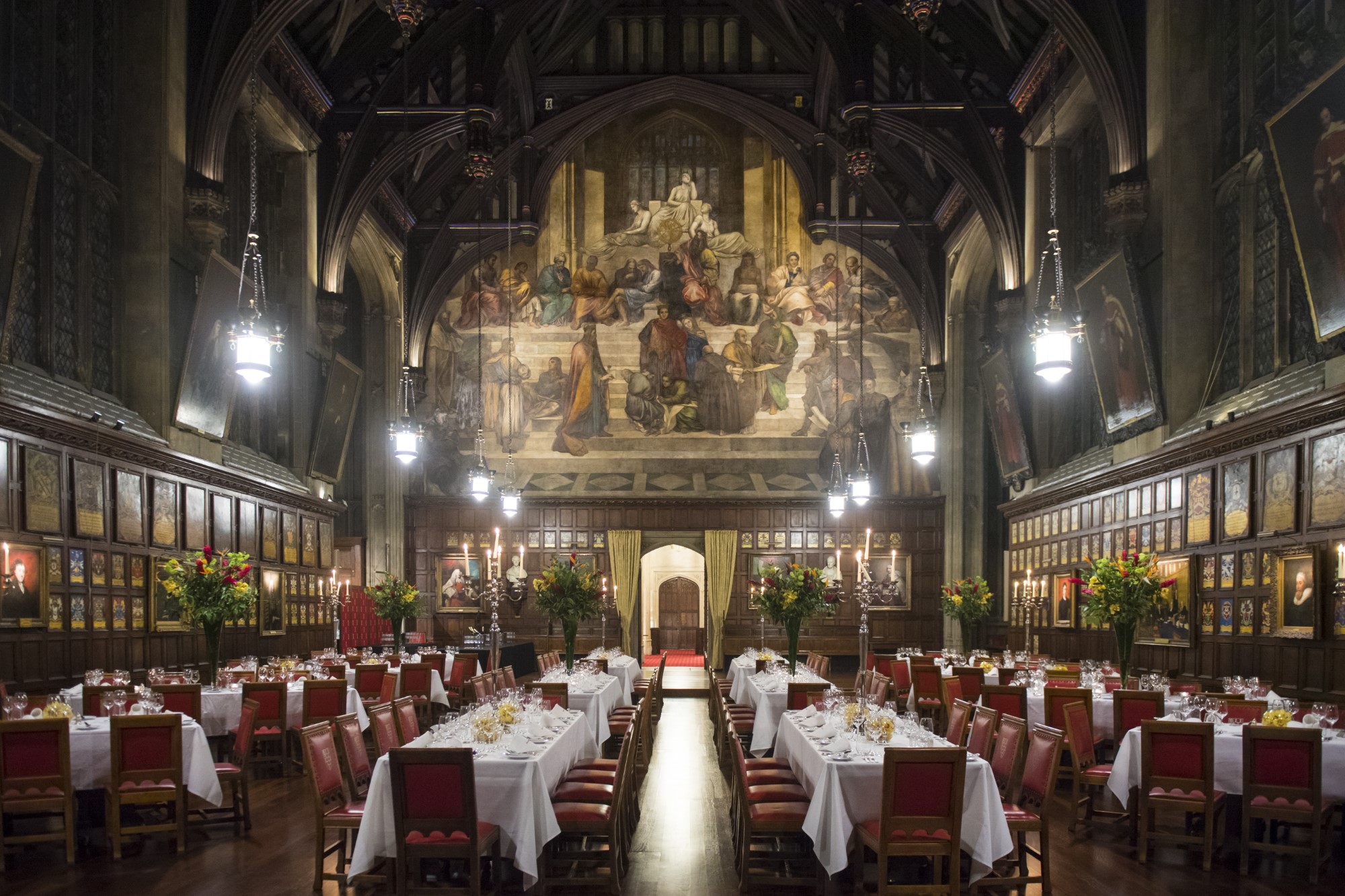 The eminent Great Hall at Lincoln’s Inn, opened by Queen Victoria in 1845 and recently re-opened by Her Majesty the Queen, lends itself to the grandeur of banqueting for up to 250 guests.

With spectacular artistry, high vaulted ceilings and stunning stained-glass windows, the hall sets the scene for a remarkable occasion. Steeped in art and history, where modernity meets the classical, the venue benefits from long banqueting-style wooden tables and high-tech lighting, providing flexibility to create the desired ambience in a number of ways.

The dining capabilities at Lincoln’s Inn complement the high standards of the venue’s architecture, with a talented catering team delivering delectable fare. The passionate team, along with a dedicated Master of Wine, ensure that traditional banqueting etiquette is adhered to with utmost professionalism and character, while serving new and innovative dishes that cater to a breadth of tastes and dietary requirements. 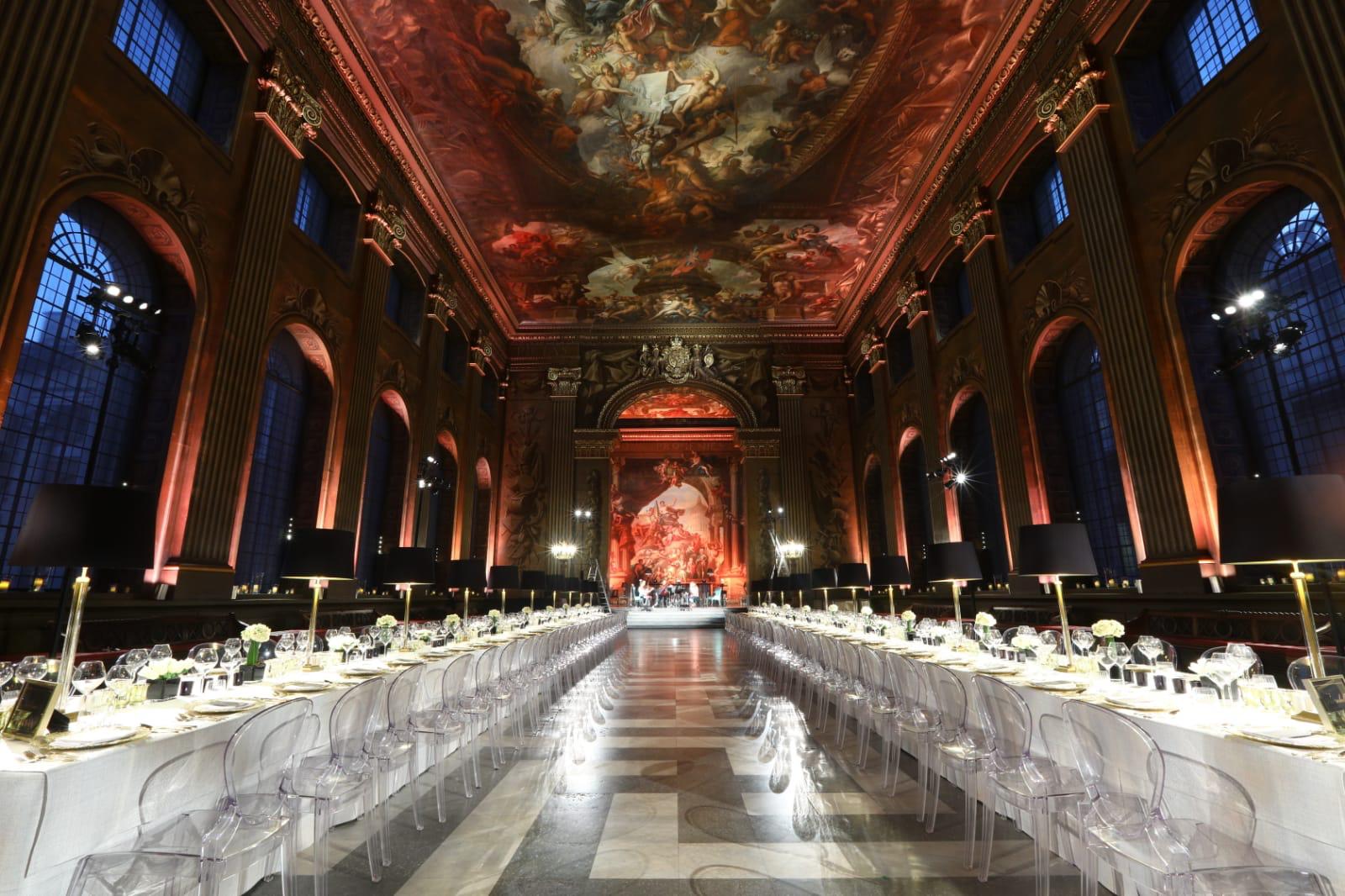 Old Royal Naval College, which features some of London’s finest baroque architecture, can seat up to 398 for dinner, and offers the Painted Hall, the Queen Mary Undercroft and the King William Undercroft for large gatherings.

The Painted Hall consists of ceiling and wall decorations conceived and executed by British artist Sir James Thornhill in the 19th century, at the pivotal moment when the United Kingdom was created and became a dominant power in Europe.

The Queen Mary Undercroft, which lies directly underneath the Chapel of St Peter and St Paul, seats up to 150 for dinner and features an elegant vaulted ceiling, original stone columns and chandeliers, while the King William Undercroft offers similar surroundings on a smaller scale.