The Natural History Museum enjoyed some exciting TV appearances, including A Night in the Museum on Channel 4. On 23 December, the hour-long episode saw Alex Brooker and Josh Widdicombe sleep over at the Museum with comedian friend Aisling Bea. 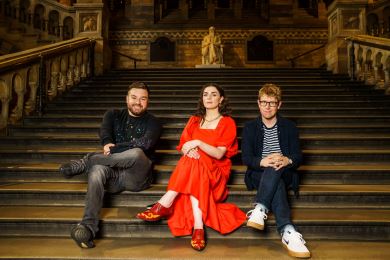 The trio were awestruck by the splendour of the building as they scooted through its epic corridors, enjoyed a game of hide-and-seek, mucked about in the lavish exhibitions, raided the gift shop and stumbled across the spectacular Tank Room. Current viewing figures for the show are 1.2 million. 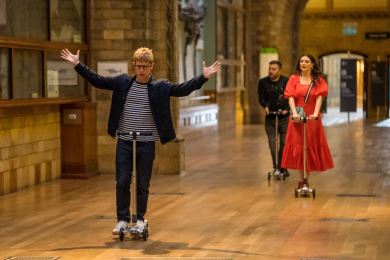 The Museum also featured alongside Blenheim Palace, Alder Hey Children's Hospital and The Lansdowne Club in ‘Deck The Halls’, a festive documentary about the UK's busiest Christmas decorators, which revealed the behind-the-scenes process of turning some of the UK’s biggest landmarks into winter wonderlands. Strictly Come Dancing also used the Museum Ice Rink for their much-loved Christmas Day special, with six celebrities and their pro partners competing to win the festive mirrorball trophy.

Try Channel 4 On Demand or BBC iPlayer to view these programmes on catch-up.

It’s going to be an exciting start to 2022 at the Museum too, with the winner of the Wildlife Photographer of the Year People’s Choice Award announcement on 9 February and an unmissable array of visitor events.

In addition to exhilarating yoga sessions and dino-themed sleepovers in Hintze Hall, the Museum will be hosting some exciting Valentine’s themed events too – watch this space. 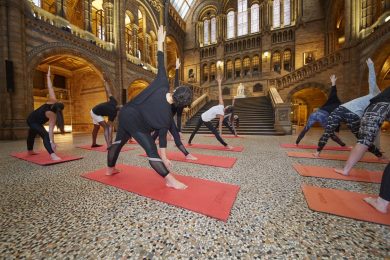 Find out more at nhm.ac.uk