Banqueting House is a magnificent survivor of the lost royal Palace of Whitehall. After the previous banqueting house burned down, King James I was looking for an elegant replacement. He turned to the talented Inigo Jones, a highly regarded architectural advisor. Jones drew on the geometry of ancient Roman, or classical architecture to design a building that created a sensation. 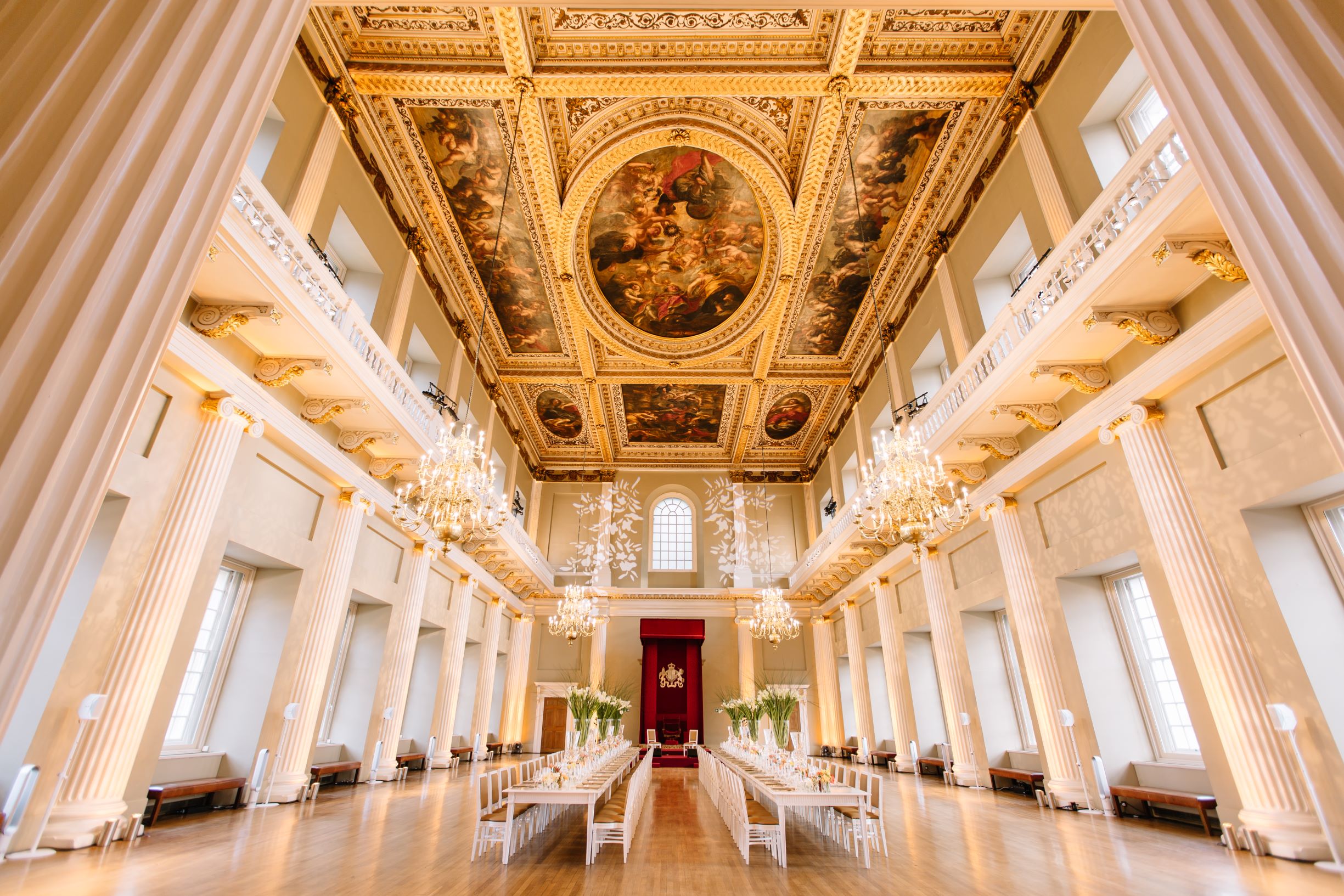 His spectacular Banqueting House building was completed in 1622, to the King’s great delight and the astonishment of all who surveyed it. Jones’s Banqueting House has an enormous hall, known today as the Main Hall, with the dimensions of a double cube, resting on top of a vaulted Undercroft.

The crowning glory of the Banqueting House and in particular the Main Hall, is its magnificent nine ceiling paintings by Peter Paul Rubens – one of Europe’s most influential and important artists. These vast oil-on-canvas paintings are unique, in that they remain in the very ceiling for which they were first painted – most of Rubens’s paintings are in art galleries around the world. 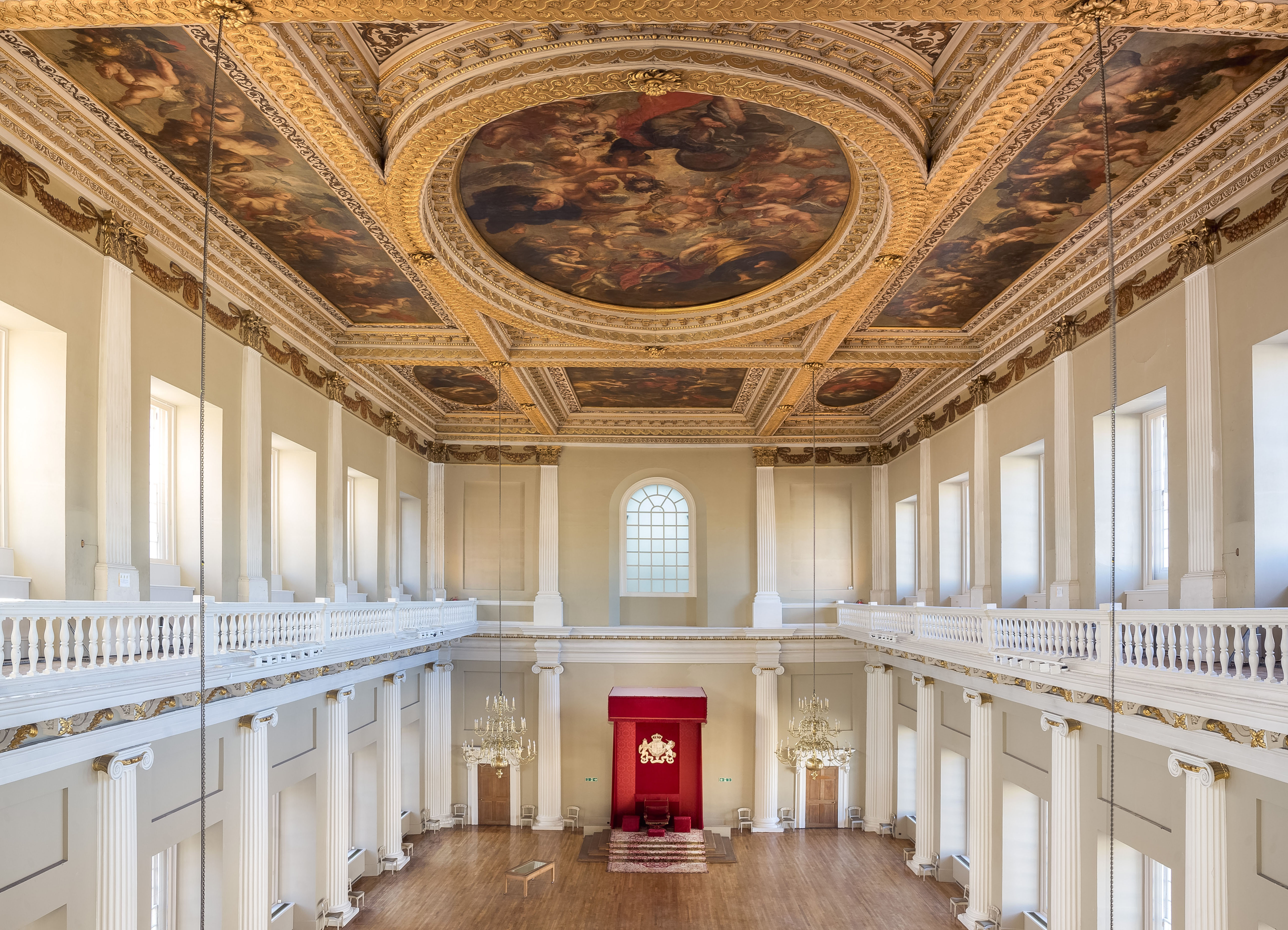 James I began discussions with Rubens about a decorative scheme for the Banqueting House, but it was his son, Charles I who finally commissioned the paintings. They were installed in 1636, and Rubens was paid (rather belatedly) £3,000 and given a gold chain for his services. The paintings glorify the achievements of his father, and are a celebration of James’ life and wise government, depicting absolute belief in the ‘Divine Right of Kings’. 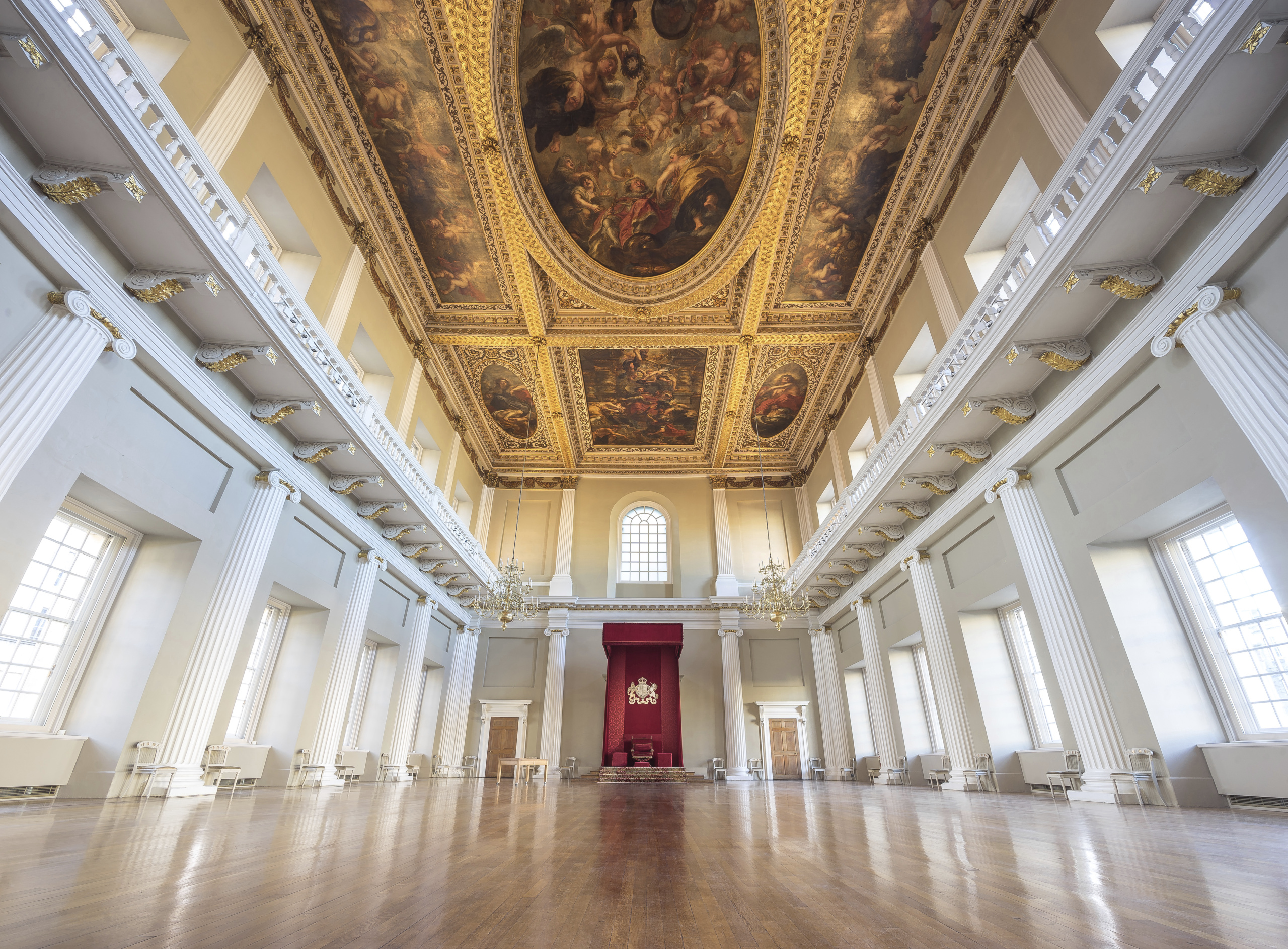 Today, the beauty and scale of this spectacular room continues to inspire its guests. This original party palace is ideal for intimate dinners, weddings, and lavish receptions, and is available for those perfect parties all day, every day! 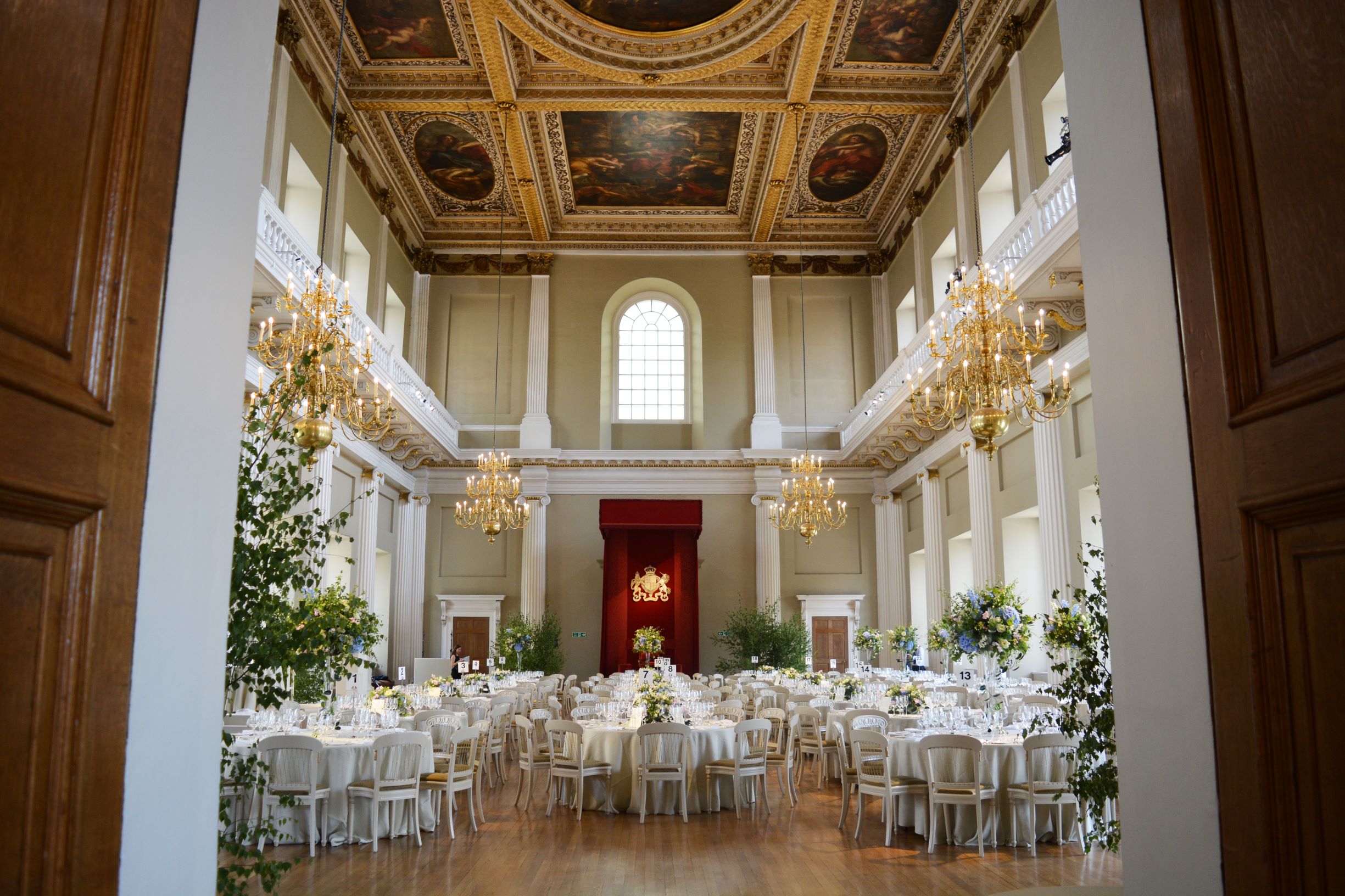 For information on hosting your event at Banqueting House, please contact the events team: banquetinghouseevents@hrp.org.uk